The Folly Wood project is managed by the Forest of Marston Vale Trust and covers 30 acres of land, just a few miles from the new Center Parcs Village which was bought by the Trust in 2007. The land is being developed into a green space to attract native wildlife and for local people to enjoy. The project is costing around £250,000 in total with the first trees were planted in winter 2011/12. This is part of the Trust’s ongoing work to regenerate the landscape and prospects of the Marston Vale area.

The Forest of Marston Vale Trust have worked with the local community to involve more than 1,000 local people in the planting of 15,000 trees at Folly Wood to transform it from improved farmland into an area which will be home to local wildlife.

“The funds that Center Parcs have provided us with have enabled us to not only organise the planting in this area but to also engage the local community. Without the help and support of Center Parcs, this project wouldn’t have been possible. It’s not just about the money though, it has been great to have a brand like Center Parcs supporting a local environmental project as this has encouraged further financial support from other sources. 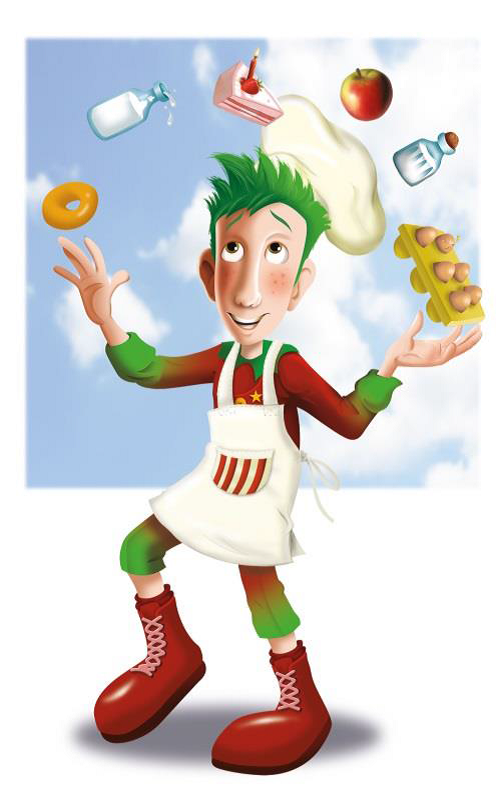 Land Structure Limited were contracted earlier this year by Center Parcs and began planting in March. Planting will continue throughout the spring.

Using a team of just ten people, Land Structure Limited are planting around the 625 lodges at Woburn Forest, as well as a number of main areas, including The Pancake House, Cycle Centre and Arrivals Lodge.

Mike Miller, Joint Managing Director at Land Structure Limited, said: “We are delighted to be working with a company who share our ethos of protecting nature. As a local company, we have known about the new Center Parcs Village for some time, and we’re excited to be a part of this project, delivering a planting scheme that will use native plants to attract more local species to the area and allow them to flourish.”

Center Parcs has announced its ‘Four Seasons Four Prices’ initiative has seen an increase in bookings across all Villages.
The pricing structure, launched in January this year, offers organisers and delegates corporate 24-hour residential rates at four different prices across the seasons, now with spring from £159, summer from £269, autumn from £139 and winter from £129. All rates exclude VAT and are per person per night.
Center Parcs disclosed that this initiative has contributed to a 39% increase in enquiries for the 2014-15 financial year when compared to the same time last year. Other contributing factors include the Center Parcs dedicated Conferences & Events website, which launched in January 2014, and interest in its latest venue, Woburn Forest, which will be available for conferences and events from October 2014.
Daniel Whittemore, Head of Corporate Sales for Center Parcs said: "The aim of Four Seasons Four Prices was to offer a simplified pricing model to assist with a more efficient enquiry process. In addition the new prices have allowed us to adapt our pricing strategy to what is still a highly competitive market place. We are thrilled that the initiative is working for our customers and we do hope that many more will take advantage of it this year."

Will new sighting create a gold rush to Nottinghamshire?

Sherwood Forest has achieved ‘wildlife Olympic gold’ according to experts, as a rare golden squirrel has been spotted at the family hotspot.
The creature, a distant cousin of the much-loved red squirrel, is part of the Sciurus shiniest family and hasn’t been seen in England for more than 29 years after retreating to its warmer homeland and namesake, The Gold Coast of Africa.

Au naturel
Our new furry friend was first seen on Monday morning, by Center Parcs guest and amateur photographer, Dan Root. He says: “I was stood at the patio doors on Monday, eating my cornflakes when something caught my eye. I looked closer and realised it was gold and furry – it was a squirrel!

“He was just standing there on a grassy log, au naturel. I managed to grab my camera and quickly take a snap. I’d struck photography gold.”
Golden squirrels are distinctly heavier and typically longer than its grey and red counterparts, with an average and body length of 25cm. They are famously known for their elusive and introverted nature. 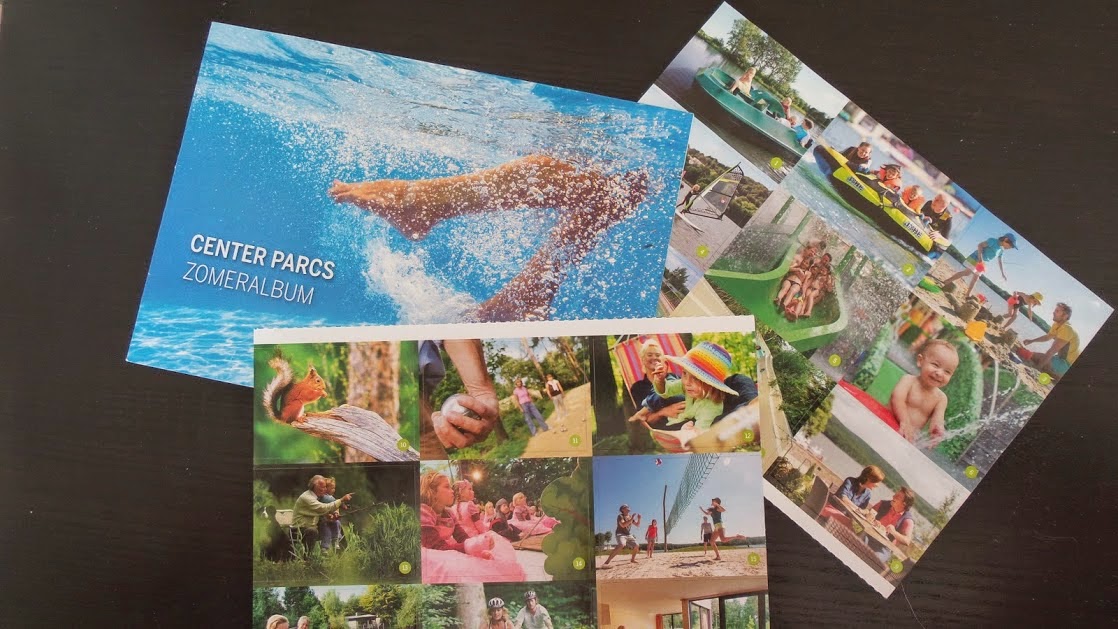 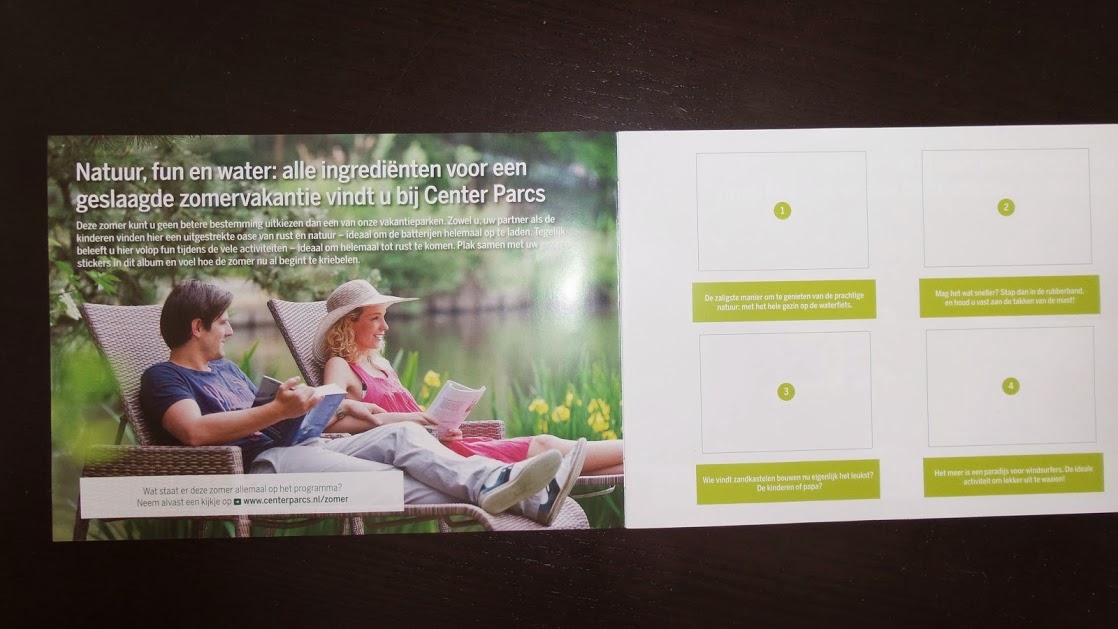 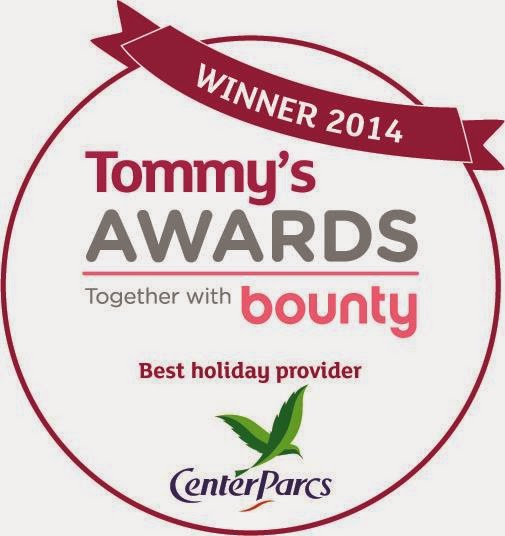 Center Parcs has been named the Best Holiday Provider at the Tommy’s Awards for the 11th consecutive year.

The annual awards, which are now into their 19th year, took place at the Landmark Hotel in London last week and celebrated the products and services that make family life easier for parents. More than 27,000 people voted in the Best Holiday Provider category. This year, the award was even more fiercely contended than in previous years, as the category was opened up to non-UK holiday providers.

Helen Horner, Head of Brand at Center Parcs, said: “We are delighted to be crowned Best Family Holiday Provider. It’s a perfect accolade for all our teams who work tirelessly across the Villages to ensure that parents with babies and young children staying on a break have a really special experience. The nominees in this category were extremely strong, which made it a real honour and privilege that families have voted Center Parcs for the 11th consecutive year.”

With recruitment for its new Village almost complete, Center Parcs has now delivered more than 70,000 hours of training to its new staff in total. A further 14,000 hours being delivered between now and opening in the spring. All staff training has been delivered locally, in and around Woburn Forest in Bedfordshire.

There have been more than 80 different training courses for specialist staff across a variety of areas including leisure, technical services and the spa. Many of the new starters are achieving widely respected industry qualifications as a result of their training programme.

£400,000 is invested in training employees across Head Office and the four existing Villages each year. An additional £350,000 is being spent on training the new team at Woburn Forest before opening.

Beautiful images plus an intuitive design that responds to the size of your screen are just some of the highlights of our new Aqua Sana website. Our new site uses large, scrolling photography together with snippets of key information to help you to choose a Spa Day, Spa Break, treatment or offer that is ideally suited to you.

Aqua Sana offers a unique experience to guests; situated in the heart of the forest it takes you on a journey of relaxation and serenity. The new website showcases this, along with the vast range of experiences, treatments and packages you can enjoy during each visit. Our website also allows you to choose and view the spa of a particular Village with ease; explore the variances, browse the offers, check availability and, of course, make a booking.
With the significant increase in internet access via smartphones and tablets, making the Aquasana.co.uk experience as simple and seamless as possible for you is essential to us. With this in mind, the new website is responsive, meaning it can be easily viewed and navigated across smartphones, tablets or desktop as the appearance and layout changes based on the size of your screen.

The overall winner, Joanne McConnell from Workington, saved an incredible £539 on her previous year’s bills and won both the Gas and Electricity categories. Joanne won £7,000 of home energy saving improvements to her home.

Joanne, who works in the Housekeeping team at Center Parcs Whinfell Forest, has been working at Center Parcs for 13 years. Center Parcs’ CEO, Martin Dalby, surprised Joanne with her award whilst she was at work.

“I was so shocked I nearly fell off my chair!” said Joanne. “I’m absolutely thrilled to have won. We learned so much about the effect of the everyday things we do on the planet and we’ll definitely keep using the energy saving methods we’ve been using.

“We’re still thinking about what to do with our prize, but we’re considering having solar panels fitted to the house.”

Martin Dalby praised Joanne’s achievement, saying “Joanne showed exceptional determination to reduce her energy consumption. We were particularly impressed with Joanne’s use of the smart-meter to help her understand her electricity usage and costs.” 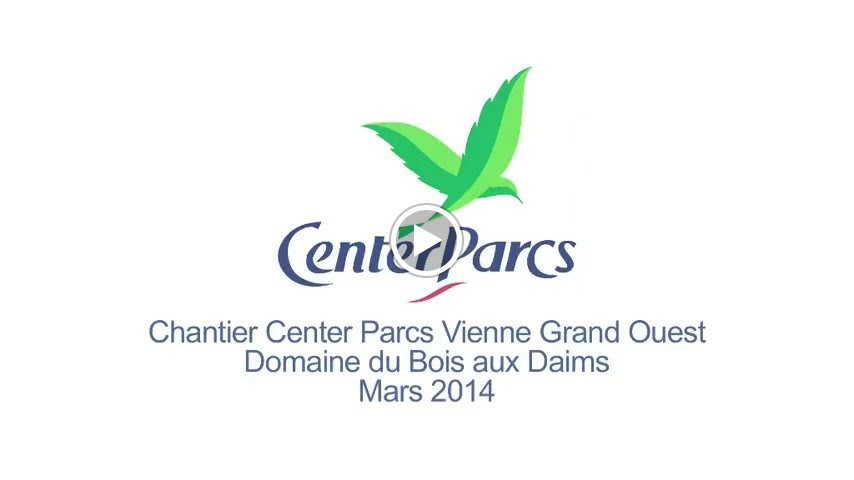 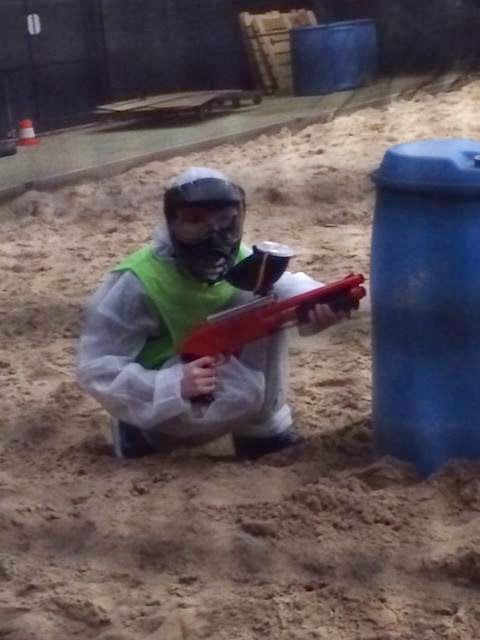