Center Parcs has today announced it has been recertified to the Carbon Trust Standard for all all UK operations, including its four villages - spanning 1,600 acres of forest - and remains on track to reduce its emissions by 20 per cent by 2020.
The business has reduced its absolute carbon emissions by 5% over the certification period of the last two years. Center Parcs has also placed amongst the top ten per cent on the Performance League Table of all organisations taking part in the UK Government’s CRC Energy Efficiency Scheme.
Center Parcs’ 1.6 million annual guests can not only enjoy the fact that they are reducing their carbon footprint by choosing a domestic short break over an international flight, but that the wider business has saved an additional 2,900 tonnes of carbon too: the equivalent of driving an average petrol car over 600 times around the equator.


On Tuesday 14th May, the senior management team of Center Parcs Woburn Forest will take time away from the business to volunteer to help build a natural play area in Maulden Wood, just 7 miles from where the new Center Parcs is being built.

The Greensand Trust has been planning the natural play area for a while and when Center Parcs heard about the project, they were keen to get involved and lend a helping hand. Woburn Forest Managers along with the Center Parcs Landscape Asset Manager and The Greensand Trust Ranger will use mounds of earth, mound seeding, logs, wooden seating, fence posts and low hurdles to create an area for families to come together and enjoy the woodland.


The natural play area will be created at the training and education facility next to Maulden Wood. The Greensand Trust believes in the use of the outdoor environment as a stimulant for imaginative and creative play and this belief leads their commitment to encourage understanding and appreciation of the natural environment.

A new Center Parcs £250 million holiday village in Woburn Forest set to be an a iconic example of a sustainable tourism destination. Writes Elis Joudalova

Centre Parcs originated and revolutionised the holiday market in Holland more than four decades ago. After 25 years of successful operation in the UK, Centre Parcs, now owned by the Blackstone Group, has become the leader in the UK domestic short break holiday market that can boast exceptional annual occupancy rates of over 95%.

So far Centre Parcs have opened four villages in Britain, including Sherwood Forest in Nottinghamshire, Elveden Forest in Suffolk, Longleat Forest in Wiltshire, Whinfell Forest in Cumbria and Woburn Forest in Bedfordshire. Each village is set in the 400 acres of natural woodland and offers high quality accommodation and facilities.

Centre Parcs has gained its popularity by providing an unforgettable short break experience in forest locations. A healthy natural environment is an essential element of a Centre Parcs visitor experience and a key part of its famous business concept which is to provide a wide range of high quality leisure facilities, set amidst the surrounding forest environment which is both enhanced and protected.


Center Parcs Directors pedal 125 miles to bring the company's fundraising total to half a million pounds!

Marking the end of its three year partnership, today Center Parcs celebrates reaching its £500,000 target for Great Ormond Street Hospital as its Directors cross the finish line in one last challenge.

On 23 and 24 April, six Center Parcs Directors cycled 125 miles - from the company Head Office in Nottinghamshire to the new site at Woburn Forest in Bedfordshire - raising £25,481 to push Center Parcs' overall fundraising total to £500,000.

During this time, with the help of generous staff and guests, Center Parcs raised half a million pounds through guest donations when making a short break booking and match-funding from the company. Center Parcs villages around the UK have also been busy raising money through activities such as rubber duck races down the Wild Water Rapids, teddy bear hunts and sponsored skydiving.

For guests who want to take home a memento of their family holiday, there will be a wide range of stylish shops offering children’s toys, souvenirs, treats, clothing, accessories and home ware. The full list of shops include: Spirit, Aquatique, ParcMarket Express, Sportique, Time for Shade, ParcMarket, Refresh, Just Kids and The Store Room. Find out more about Woburn Forest at http://tiny.cc/rwrssw 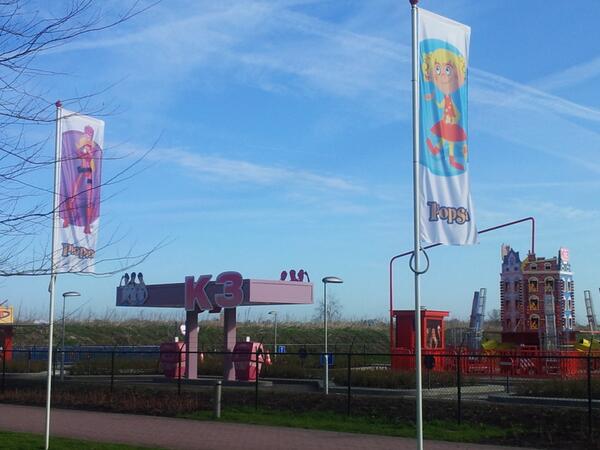 Marking the end of its three year partnership with Great Ormond Street Hospital Children’s Charity, six Center Parcs Directors are saddling up for one last challenge - cycling 120 miles on 23 and 24 April.

Helping to reach Center Parcs’ target of £500,000 for the charity, the Directors set out with a goal to raise £20,000 towards the total which they’ve already exceeded with almost 300 donations made by guests, colleagues, suppliers and friends.

Martin Dalby, CEO Center Parcs said: “Our staff and guest have done an exceptional job at raising so much already for this excellent cause and we’re thrilled to be able to get involved in one last challenge to mark the end of our time together.

At Woburn Forest, like the other Center Parcs, the cafes will offer a relaxing, cosy space to enjoy a beverage and a light bite with family or friends. There will also be a wide variety of restaurants, with delicious food to try including Italian, American, British, Indian and Dutch (by this we mean our much-loved Pancake House) and a modern, fun, exciting environment. There will also be a brand new restaurant; The Shearing House. This restaurant will be a relaxed, contemporary restaurant serving classic British cuisine. This restaurant has a very local link as it gets it's name from Woburn's history as an area famous for sheep shearing. 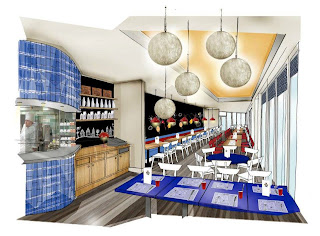 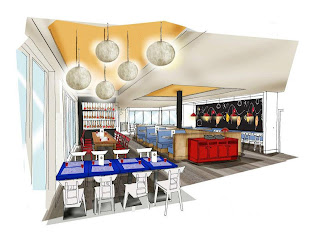 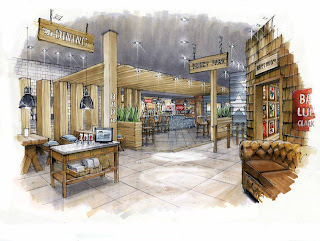 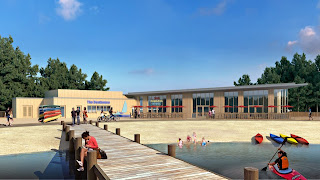 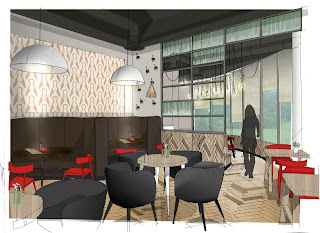 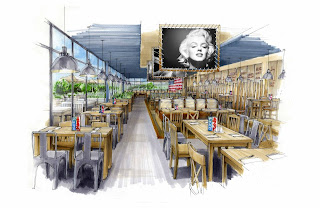 
Find out about the man who has sourced all the tropical plants for Center Parcs villages and how he is getting the plants for Woburn Forest.

Center Parcs has unveiled its most sustainable accommodation yet at two of its parks, having built luxurious timber-based homes on stilts, nestled among the leafy canopy of the parks’ woodland.

The sustainable holiday homes have been built at the holiday company’s parks at Sherwood Forest in Nottinghamshire and at Longleat in Wiltshire. The brand has spared no luxury in the construction and presentation of the treehouses, but has still managed to kit them out with impeccable green and sustainable credentials.

The wooden houses can accommodate eight visitors, making them perfect for families or groups of friends. Each house features four en-suite bedrooms with private balconies, an open-plan kitchen and a gadget-filled dining and living area.

The architects have cleverly designed each house around a turned tree trunk, with the spiral staircase to the upper floors winding around the trunk. The homes feature timber-clad walls and floors, while access to each house’s separate games area is via an elevated timber walkway. Emphasising their sustainable credentials, the homes have ground source heat pumps supplying their heat and roof-mounted solar panels providing their power.

Center Parcs recognised for tenth year in a row

The company was presented with the award for the tenth year in a row at a ceremony at London's Landmark Hotel on Friday.

The parenting club invited its 2.5 million members to vote for their favourite baby-friendly companies, with over 30,000 people voting in January and February.

Center Parcs’ Head of Brand, Helen Horner said: "We are delighted to be crowned Best UK Family Holiday Provider in the Tommy’s Baby-friendly Awards for the 10th year in a row.