Eurosic and Pierre et Vacances-Center Parcs have concluded exclusive agreement for acquisition by Eurosic of Center Parcs Allgäu development project, the delivery of which is scheduled for late 2018, early 2019.

Revenues up at Center Parcs

Revenues have increased at Newark-headquartered Center Parcs, the short-break holiday company which operates five holiday villages in the UK.

The business said it benefitted from the launch of Woburn Forest in Bedfordshire last year, which has 625 forest lodges and a 75-bedroom hotel.

Center Parcs' other locations are at Longleat Forest, Sherwood Forest, Whinfell Forest in Cumbria and Elveden Forest in Suffolk.

This week, volunteers from the Maulden-based Community Tree Trust, were invited to Center Parcs Woburn Forest to collect alder saplings. The alders being collected had grown as a result of the Center Parcs rangers' work clearing areas  to allow ground flora to develop over the past three years.

More than 2,000 saplings are being collected and taken to a nearby nursery then sold to organisations and residents in the local area, raising much-needed funds for the charity in the process. Many of the trees collected from Center Parcs are expected to be sold to the Forest of Marston Vale for future regeneration projects.

“The Community Tree Trust were so excited to see so many trees and shrubs re-seeding at our forest and now we are at the stage where we are getting too many, we were pleased to be able to donate them to give them the best chance of flourishing in the local area. The idea grew organically and we hope to continue to work with this fantastic charity for a very long time.”

“Making use of local seedlings and educating the local community about these species is key. Essentially, we are using seedlings from an area which are obviously benefitting from attention from Center Parcs and giving them space to grow elsewhere so they aren’t competing for space. Working with organisations like Center Parcs help our charity to continue and means we can continue protecting and promoting native plant species year after year.”

The Community Tree Trust started in 1996 and is passionate about native plant species. The organisation is largely made up of volunteers from the local area with a shared belief that local flora should be used for natural generation. The organisation collects trees, shrubs, flowers and ground flora which are then sold to the local area. As well as collecting, the organisation also works with schools to educate children and works alongside farmers with stewardship planting.

Center Parcs Woburn Forest opened in 2014 but work protecting the forest and the opening up of the woodland to allow species to thrive began long before opening to guests. In 2008, the woodland underwent ecological assessment and in 2013, the company started building the ranger team for the site. Prior to the Village being built the forest was a commercial woodland (with timber cut down for sale) and ecological surveys were undertaken to establish what biodiversity was there already so that these could be protected and more species could be encouraged into the area.

The opening up of the forest has allowed it to become a thriving environment for local flora and fauna to flourish. The forest has already been transformed with a larger number of broadleaf species re-seeding and an increase in the number of fauna species seen on site. This important biodiversity work will continue into the future for many years to come.

The cause was first brought to the attention of Sherwood Forest by Jon Peters who works at the village as an Assistant Manager in our Subtropical Swimming Paradise and volunteers his own time to the Responders. The £500 donated by Center Parcs will help fund the Responders team buying another defibrillator which will be used as an essential part of kit to help save lives out in the field.

“Donations like this make such a big difference as we are entirely self-funded. Each member needs a kit with a defibrillator so that hand in hand with our experience and training, we can go out in the local community and save lives. We are the first team on the scene of many 999 calls in the area, before the ambulance, so the pressure is really on to ensure we give that person the best chance. Donations like this are appreciated so much by us and will certainly make a difference in the local area.”

“What this team do is simply amazing and I’m so pleased that Jon brought this cause to our attention. They not only benefit the local community by offering this service but they work so hard to ensure the emergency services have the support they need. Helping the local community is absolutely vital so we are happy to have been able to help this team in some way.”

Mansfield Community First Responders are members of the community who volunteer to respond to emergency calls through the 999 system in conjunction with the East Midlands Ambulance Service and NHS Trust. Community First Responders provide care to patients in their local area before the arrival of an ambulance or paramedic including cases of choking, diabetic problems, stroke, fitting, unconsciousness, difficulty breathing, paediatric, falls, trauma and heart attacks. The service receives more than 35 calls each week but is entirely self-funded.

The system is closely monitored by the Ambulance Service and Community First Responders team leaders to ensure that the best medical assistance available at the time of the emergency is provided to the patient. 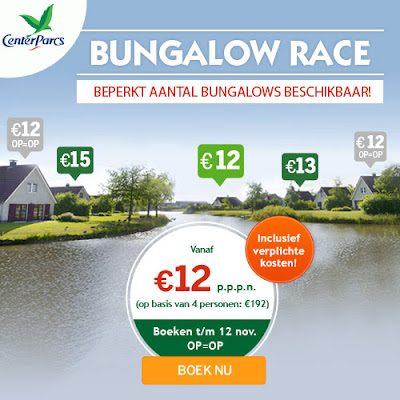 Center Parcs is proud to retain its Hospitality Assured status following a rigorous assessment in October this year.

Hospitality Assured an industry standard which recognises exceptional service and guest care for customer facing businesses.The accreditation process encourages businesses to look at its operation from the customer’s perspective, measuring Center Parcs against a series of performance indicators.

The indicators allow Center Parcs to continually judge and measure itself in order to improve and enhance the service provided and, give customers the opportunity and reassurance to choose an organisation where high quality service is guaranteed.

The re-assessment involved interviews with nominated members of Center Parcs staff across its four UK Villages and Head Office.Responses and evidence were collated based around standards such as customer research, customer service promise, business leadership and planning, operational planning and standards of performance, resources, training and development, service delivery and recovery and customer service improvement.

The Hospitality Assured External Assessors were extremely impressed by the continued improvements that Center Parcs has strived to achieve over the past 12 months and particularly praised the business on how effectively and efficiently Woburn Forest has been integrated into the group.

Paul Kent, Center Parcs Operations & Development Director said:“To retain our Hospitality Assured status is further acknowledgement that Center Parcs continues to deliver excellent service.It’s fantastic to be recognised by this external industry assessor which is a reflection of the efforts of everyone across the business to continually deliver and build on excellent guest service.”

This news follows the news that after an external assessment from VisitEngland, all Villages in the Center Parcs group, including Woburn Forest which has only been open 16 months, have retained five star status. 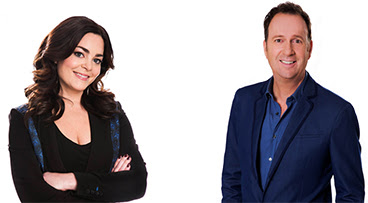 Less than two years after the hugely successful opening of its fifth Village, Woburn Forest in Bedfordshire, Center Parcs has today (Friday 30 October 2015) submitted a formal planning application for a new Village in Ireland.

The company plans to develop a 395 acre site in Newcastle Wood, County Longford, into what will be their sixth Village and first venture outside of the UK.

The €233m development, named ‘Center Parcs Longford Forest’, will be ideally positioned in the heart of Ireland, with excellent transport links for families from both north and south of the border.

The planning application outlines the transformative impact that the project could have on both County Longford and the national economy, including adding €1 billion to Ireland’s GDP over a 20 year period and creating approximately 750 jobs during construction and a further 1,000 permanent roles once operational.

Center Parcs Longford Forest will incorporate the high quality features for which Center Parcs is renowned including 470 Lodges and 30 apartments nestled into the natural surroundings, more than 100 indoor and outdoor family activities, an Aqua Sana Spa, a range of restaurants, shops and cafés and the iconic Subtropical Swimming Paradise, with water rides and fun for all ages.

Center Parcs CEO Martin Dalby said: “We have many years’ experience of providing high quality family short breaks in the UK and I’m extremely excited by the prospect of bringing our fantastic brand to Ireland.

“The submission of our planning application today is a key milestone for us, as we begin the next chapter in our 28 year story.”

Longford County Council will now undertake a five week period of consultation, during which time the plans will be on public display.

Your Take On Aftermovie

On Thursday 22nd October, the Contact Centre team at Center Parcs (based at Head Office in Nottinghamshire) were named best for customer service in the travel and hospitality sector by ICMI at a glittering ceremony at Old Trafford. More than 350 companies were included in the assessment by the ICMI with the top 50 being announced in September and the finalists being invited to attend the awards ceremony.

The ICMI is an independent and competitive benchmarking programme which started the award programme in 2008. ICMI have been helping the UK’s most innovative and respected brands benchmark their customer experience against other leaders in a range of industries. All companies included in the ICMI analysis are measured against other brands and against industry expectations and those recognised are ones that demonstrate truly exceptional service.

Each Contact Centre was measured by GFK through 125 mystery shopping interactions, half by actual guests of the business and the remaining from outside the company’s guest-base. Mystery shopping interactions were at various times of day, by enquirers from a variety of demographic backgrounds, with a range of enquiry types and scenarios. Interactions included calls, email and social media.

“We are absolutely delighted to have been awarded this prestigious accreditation. We have always set extremely high standards regarding the excellent service we give to our guests, so this award, celebrating customer service, really is the icing on the cake.”

“What makes us special, is the pride and passion of the people who make up our team, as well as the unique product we offer. We don’t see our callers as numbers, each guest is different and has differing requirements and by treating each person who contacts us as an individual, they get that personal service that Center Parcs has become synonymous for.” 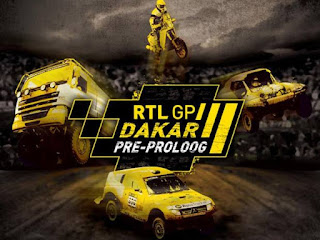