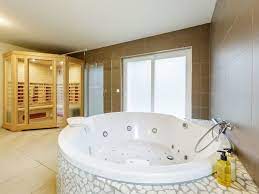 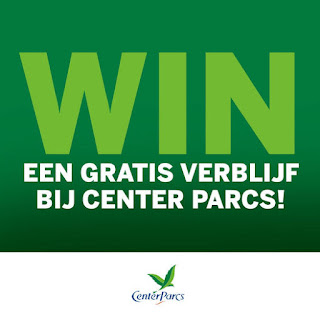 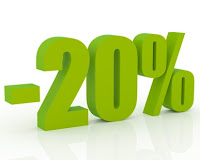 Center Parcs has made a change to its swimming pools at villages as Covid restrictions ease. 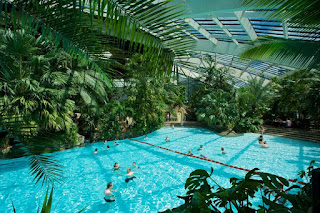 It said guests have previously shared their disappointment regarding limited swim sessions at villages due to Covid restrictions.

The holiday company said it has been trialling over the past few breaks offering guests additional swim sessions across all of the villages.

Center Parcs added: "We’ve been carefully learning and observing and are now comfortable at this stage to offer increased swim sessions to all guests on upcoming breaks visiting one of our UK villages, whilst continuing to control the total numbers in the STSP at any one time:

Center Parcs added: "Our number one priority is safety followed by guest experience. We’re sending a selection of guests who visit the pool a text survey to measure overall experience and we’ll continue to listen and learn over the summer. 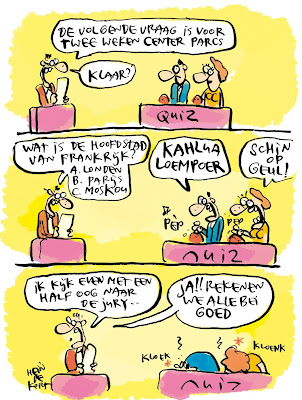 Whether you are new to Center Parcs, haven’t visited for a while or are frequent guests, our hints and tips will provide you with all the latest information so you can plan and prepare before your break then relax and enjoy every family moment whilst you are there.

Make your first day of your break stress free and make note of these top tips before you arrive.

The last day of your family break is always a sad one but there’s lots of ways you can make the most out of it.

Whether you are visiting for three, four or seven nights it’s important to know what you should pack and what you could leave behind.

From cosy Woodland Lodges to stunning Treehouses, all of our accommodation is nestled within the forest offering home from home luxury living.

If you still have a burning question or would like to find out more about a Center Parcs break, visit our social pages, Twitter, Facebook and Instagram, where we share lots of information about our villages. Our friendly colleagues are also available to answer any queries. Alternatively, you can check our FAQ’s page to see if your question has already been answered. 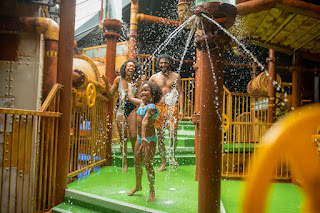 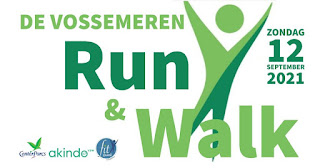 Here at Center Parcs wildlife is at the heart of our six villages. From vocal cuckoos singing in the treetops to playful young red squirrels scampering around the forest, there is always a new creature to discover on your short break, whatever the time of year. Keep reading for our latest nature notes provided by our expert Conservation Rangers, to keep you updated with all the comings and goings of our much-loved wildlife. Remember to keep your eyes peeled and your cameras at the ready and see what you can capture on your break!

Throughout May, we were lucky enough to hear cuckoos calling at the top end of the village. The warmer weather has also meant we have seen the first common lizards of the year, with several spotted across the heathlands after a long few months of hibernation over the winter. As our lizard surveys continue into the warmer months, we’re hopeful we’ll see plenty more!

After a moderately warm May, June brought highs and lows. Fluctuating temperatures can be difficult for birds and plants to navigate, as the level of available food fluctuates alongside the temperature. We’ve certainly seen fewer butterflies in June when compared to previous years at Sherwood Forest, so hopefully the warm weather will stabilise a little.

Our Nature Walk at Dusk sessions have begun again, and we have an opportunity to show guests our nocturnal animals, with badgers and bats at the top of the list. There are also some interesting birds to see in the village at this time, with woodcocks in particular being spotted in the evenings. Woodcocks are rarely seen as they are ground-dwelling birds with perfect camouflage, so keep a look out on your break to see if you can spot one!

Spring migrants arrived with all the normal warblers being recorded this month, chiffchaff, willow warbler, blackcap, common whitethroat and garden warbler. The cuckoo was first recorded on the 7 May and has been calling all along the perimeter track from the golf course to the Treehouses. Grey wagtails have again nested in the Aqua Sana yard even with all the building work that’s going on and its relative the pied wagtail is nesting around the Village Square.

Dragonflies and damselflies are now emerging and the new pond on the front drive seems to be a magnet for them at the moment. On 16 June there were over 60 pairs of common blue damselflies mating and laying on the large patch of hornwort (an aquatic plant) in the middle of the pond.

The wet and cold weather in June appeared to have an adverse effect on some earlier nesting birds with the warm spell coming just in time to benefit those that left it a little later. Many blue, great and coal tits sadly lost their broods soon after hatching as their food supply of moth caterpillars weren’t available.

Roe deer and muntjac were seen, and badger and fox tracks were found on the main path. Fresh otter tracks were again found on village too.

Tawny owls were very vocal near the Redwood Apartments and one flew within a couple of metres of our heads before perching silhouetted in a nearby tree. The first fledgling birds of the year are always a welcome sight as it is a sure sign of successful breeding. Wrens, blackbirds, nuthatches and song thrushes were the most frequently encountered during June.

The presence of fawns is one sign that summer at Whinfell Forest is in full swing. Roe deer are a regular sight, and the distinctive barks of the bucks can often be heard in the more remote areas of the forest.

Adult and juvenile red squirrels have been observed during transect surveys colonising new areas within the forest, establishing dreys (the name for squirrel nests) and expanding their territory.

Badger offspring are usually born between February and April, emerging above ground 8-10 weeks later. A wildlife camera situated at Whinfell’s largest sett has allowed the Conservation Rangers to monitor three badger cubs, now beginning to forage for themselves in between boisterous play fighting. Another species engaging in playful antics are the red squirrel juveniles frequently seen chasing each other up and down trees in spiralling patterns, behaviour that allows for the development of their coordination and strength.

We took in another four hedgehogs (two boys and two girls) from Shepreth Hedgehog Hospital. These animals had been rescued and rehabilitated before being brought here to Woburn Forest, where they were placed in our release pens to acclimatise before being allowed to wander off into the forest. Our pair of swans with their cygnets continue to do well and are managing to cope with their newfound popularity since the return of our guests.

Our population of moorhens have been increasing over the last month with four new chicks being spotted on the main lake in amongst the marginal reeds. The chicks were described to me as being ‘ugly and cute at the same time’. I think it is because their heads are initially bald and they have large feet for the size of their bodies and wings that look like little stumps! But then their bodies are this amazing ball of fluffy feathers, which is usually what catches our guest’s eyes.

“Summertime and the living is easy” is how you feel when you are greeted every morning with the beautiful songs from the chorus of birds like the coal tit, blue tit and especially the great tit. With over 70 different songs and calls, its predominate song of ‘tea-cher tea-cher’ can be heard on the forest edge, which adds to the ambience of the wakening of Longford Forest.

Our red squirrels are now spending most of their time foraging in the tree canopy and can be particularly elusive, often hiding on the opposite side of the tree trunk. The young are called kittens and are born blind and naked and only resemble adults at three months. Guests really enjoy looking out for them! This is the best season to admire new generations of all kinds in the forest.

If you and your family love nothing more than a short break surrounded by nature and wildlife, book a Center Parcs break today and experience the forest coming alive for yourselves! Or if you’ve already got your break booked, why not try one of our nature activities during your stay? Explore the forest with Nature Detectives, meet our magnificent birds of prey in Falconers Club and see our majestic owls up close in An Outing with Owls. 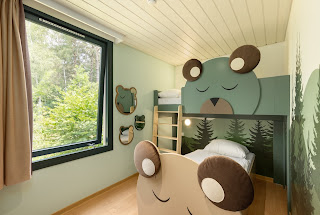 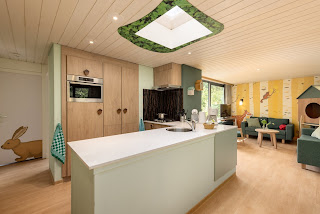 We all scream for ice cream

The home to all things sweet and delicious, a trip to Center Parcs isn’t complete without a visit to Treats. For a range of classic ice cream flavours, all made with authentic Cornish clotted cream why not pop in and try Kelly’s ice cream with a variety of yummy cones to choose from. Which flavour will you try?

Finish off your Sports Café experience in the sweetest way with the Ultimate Chocolate Sundae. Layered with chocolate and caramel ice cream, marshmallows, crushed Flake and Maltesers, topped with whipped cream and finished with a drizzle of chocolate and toffee sauce, you’ll be in the ultimate food coma.

Crispy on the outside, but fluffy on the inside sweet Belgian Style Waffles, Dessert Pancakes and Pancake Stacks, all come with an array of ice cream at The Pancake House. Have you tried our popular pancake, The Cookie Monster? Cooked with chocolate chip cookie dough and topped with caramel and chocolate ice cream, crumbled Flake, crushed Oreo cookies, toffee sauce and whipped cream, it’s a sweet tooth’s dream!

Bringing you the taste of Italy to your Center Parcs break at Bella Italia. Try our creamy and smooth Italian gelato from our dessert menu. With a full list of flavours and toppings, you can pick and choose your ice cream just the way you like it.

Or for an ice cream on the go, pop into ParcMarket. Choose from a selection of ice creams in the freezer aisle to either take back to your lodge or enjoy while wandering around the forest.

Click here to book your next Center Parcs break.

The post We all scream for ice cream appeared first on Village Life. 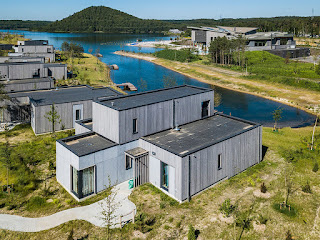