Center Parcs has announced a £350 million plan to develop a sixth holiday town in the United Kingdom in Sussex.
The Nottinghamshire-based firm claims to have discovered 553 acres of woodland in West Sussex’s Oldhouse Warren, off Balcombe Road. 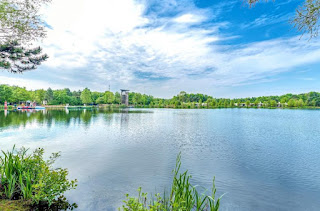 It intends to submit a development application to the local authorities “in due course,” and claims that the property is ideal because of its closeness to London’s south. The new location will feature a variety of lodges and cabins, as well as leisure facilities such as the Subtropical Swimming Paradise, similar to the other Center Parcs villages.
The Aqua Sana Spa, as well as a variety of restaurants, cafés, and retail establishments, are located in each village.
“It’s incredibly exciting to have identified a prospective site for another Center Parcs village in the UK,” said Martin Dalby, CEO of Center Parcs.
Bron en hele artikel: Brinkwire
Gepost door de redactie op 15:19