Accounts for Center Parcs Longford Forest have revealed that the Co. Longford holiday resort experienced a net loss of €13.8 million during the year that ended on April 23, 2020, despite generating revenues of €33.6 million. 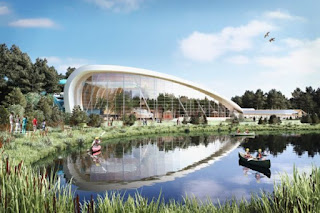 As reported by The Irish Times, the resort did not begin trading until July 29, 2019, and it shut down due to the COVID-19 pandemic on March 13, 2020, so the above statistics only cover 33 weeks of normal trading during the twelve month period.

Following the onset of the pandemic, the resort had to pay out €7.3 million in customer refunds for cancellations, and its rolling operating costs while closed reportedly appear to run at €1 million per month.