The owners of the cottages at the Center Parcs de l’Ailette have taken legal action. 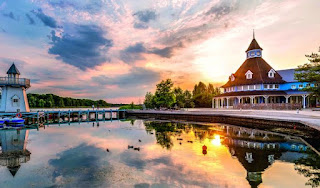 As part of a collective action, 238 owners of cottages of the Center Parcs de Ailette (Aisne) have decided to bring a legal action against the Pierre & Vacances group. They ask for the payment of the rents they have not received since November 2020. At the same time, the group that owns the center offers them an “effort” with seven and a half months of exemption in lieu of conciliation.

The owners of the cottages at the Center Parcs de l’Ailette are opposed to the Pierre & Vacances group. In total, 238 of them decided to take legal action to try to win the case, namely the payment of the rent. The file will be examined during a summary hearing by the judicial court of Laon (Aisne), on October 27, our colleagues from The Union.