Delay in lodging plans for €85m expansion of Center Parcs

Center Parcs has admitted that detailed design and site survey works are taking “longer than expected” meaning that a planning application for an €85 million expansion of the forest holiday park, which is expected to create 250 new jobs, will not be submitted until the middle of 2022. 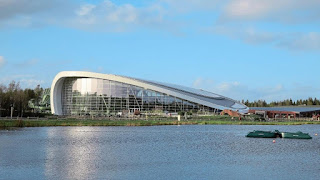 Initially, when the announcement was made back in June of last year, the UK-based company had hoped to have the plans lodged with Longford County Council by the end of 2021, and pending planning could begin work in 2023.

However, following a query from the Westmeath Independent, a Center Parcs spokesperson explained a delay in the timeline for the extension of the forest holiday village in Newcastle Wood, a short distance from Ballymahon.

“Since the announcement in June, we have been busy undertaking detailed design and site survey works ahead of the submission of our planning application. We take our environmental responsibilities and our commitment to conducting thorough surveys extremely seriously, and some of these surveys are taking longer than we had first anticipated.