The European leader in tourist residences, owner of Center Parcs, is increasing its prices and its margins.

Deleveraged, restructured, Pierre & Holidays wants to accelerate its move upmarket. The objective is twofold: to boost sales and establish itself as a specialist in local tourism, with a more qualitative offer. European leader in holiday residences (160 addresses in France and Spain), also owner of 29 Center Parcs villages, the company has taken this shift with force for more than a year, as part of the “Reinvention 2025” plan. Faced with aggressive competition (seasonal rentals, vacation clubs, hotels, etc.) and more demanding consumers, it had become a necessity. 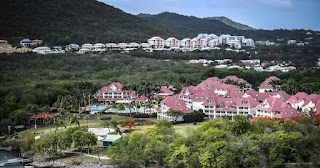 Despite their strong reputation, the group’s brands suffer from an aging image, due to an insufficiently maintained fleet. As part of a “radical modernization” of the offer, 52 tourist residences are now new or renovated. As in Flaine, where some apartments have a fireplace, in addition to large bay windows. At Center Parcs, 85% of the cottages are new or renovated. The objective is to reach 100% by 2025, after more than 700 million euros of investment in four years. According to the house classification, 53% of Center Parcs cottages are VIP or premium, ie more spacious and with contemporary decoration. The most luxurious chalets have their own whirlpool bath or even a sauna.