Center Parcs has announced that their current chief executive officer, Martin Dalby, will leave the position in April after a 20-year stint. 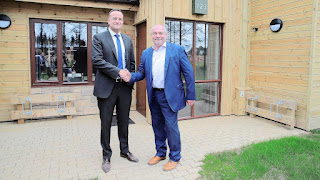 He will step up to become the non-executive chairman of Center Parcs from Friday, April 22 next, a statement from the holiday park company said on Tuesday morning (February 8)

Taking over Martin’s role as CEO will be the current chief financial officer Colin McKinlay.

Martin Dalby joined Center Parcs in 1995and has been CEO for over 20 years. Under Martin’s leadership, Center Parcs has become one of the most successful short break holiday companies in the UK and Ireland.